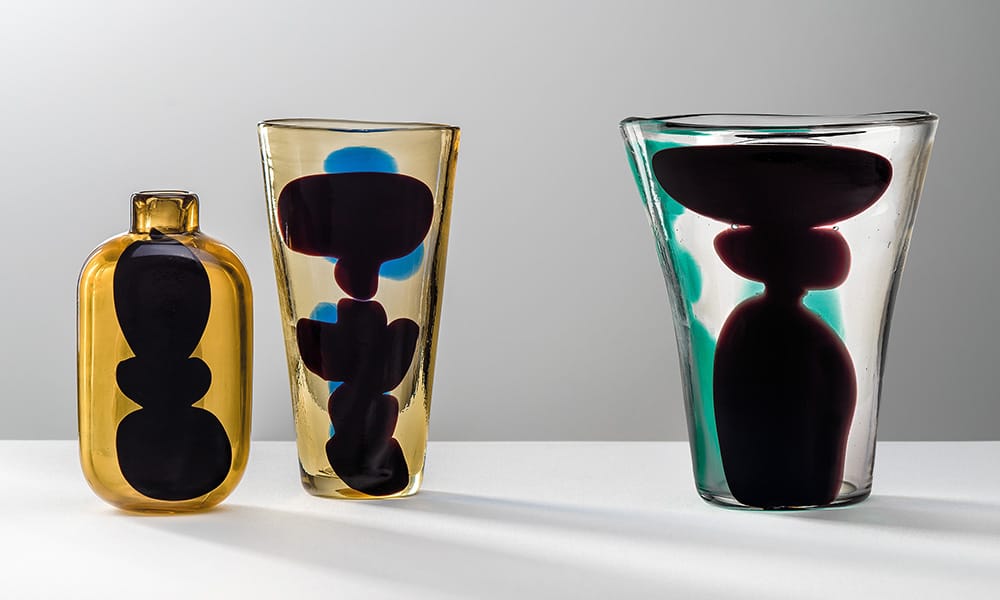 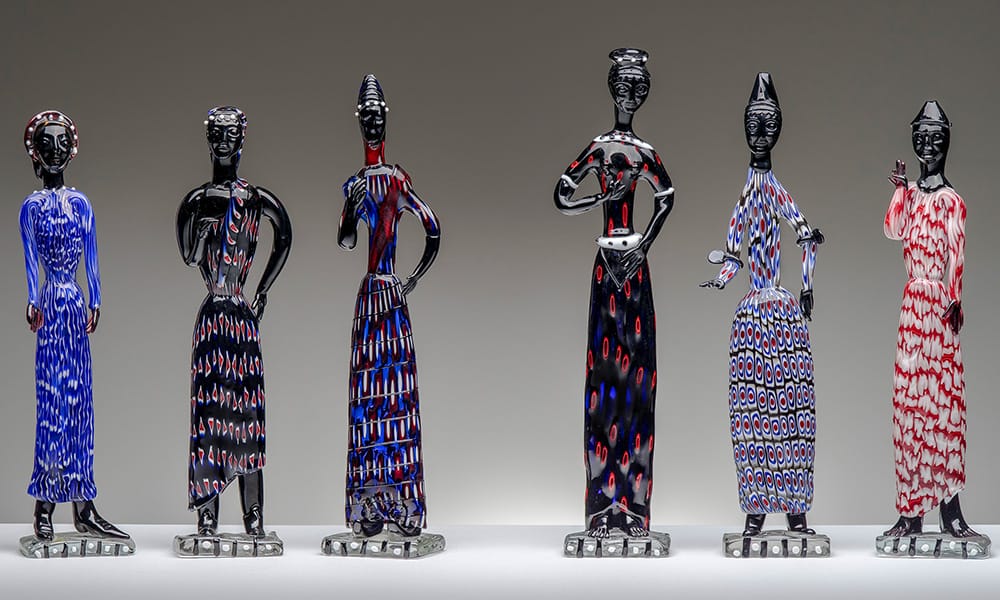 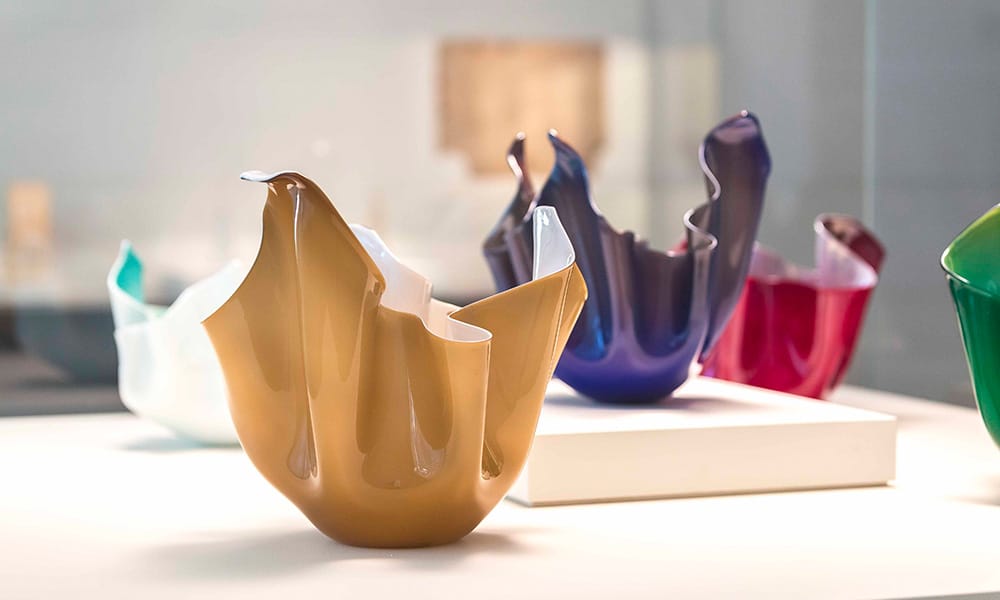 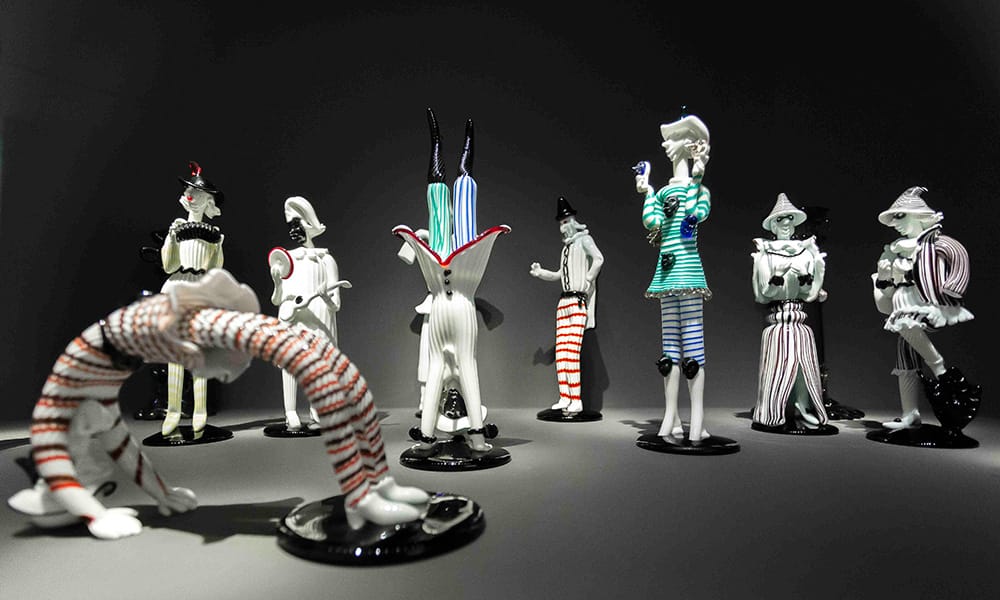 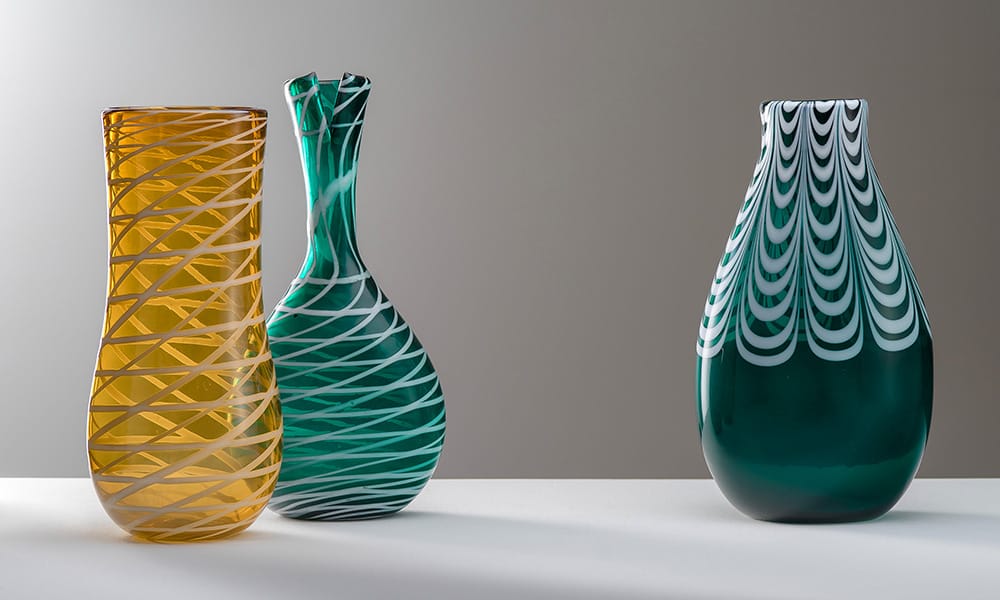 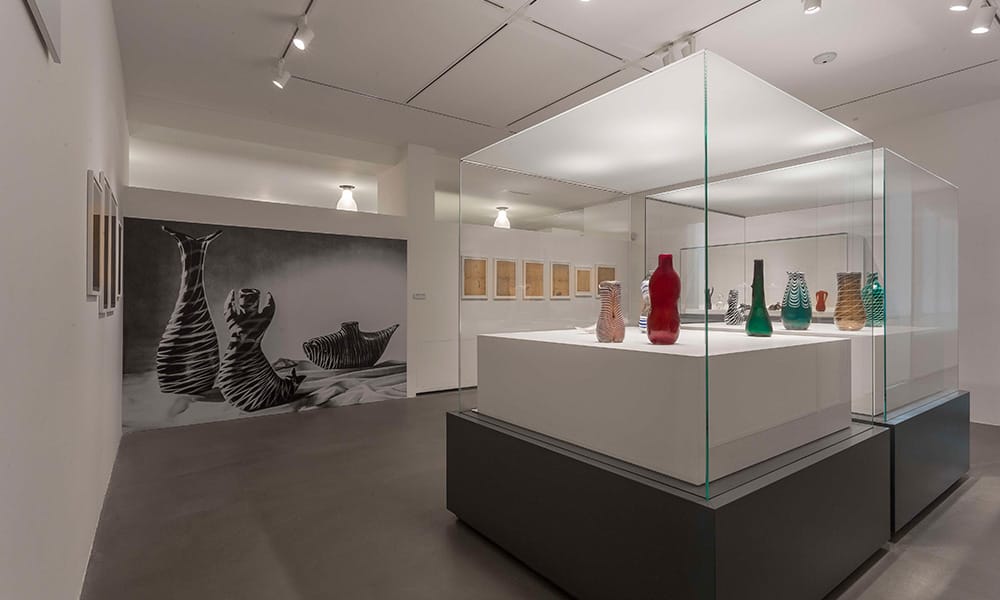 Did you know that glass art had its “fabulous 50s period”, too? And that one of its main protagonists was Fulvio Bianconi, a famous graphic designer?

After Carlo Scarpa, Napoleone Martinuzzi and Tommaso Buzzi, the Cini Foundation together with Pentagram Stiftung dedicate the fourth chapter of the project “Le Stanze del Vetro” to him. A project dedicated to the historical artistic glassware company Venini, a furnace, which, after the War, successfully succeeded in combining art, design, glass making techniques and artisanship.
Fulvio Bianconi (Padua 1915- Milan 1996) was a unique artist, graphic designer, illustrator and caricaturist. In 1946, after working on some perfume bottles, he met Paolo Venini and thanks to him he entered the world of Murano glass. «Guai a scuminssiar col vero, se ti scuminssi nol te mola più» (You had better not start working with glass, otherwise it will never leave you alone), this is what he said ten years after that fated meeting.

Bianconi, a tireless experimenter and enthusiast for glass making techniques, started a collaboration, which lasted until the mid-fifties and reached its peak with the famous “Fazzoletti” (handkerchiefs), an opal glass handkerchief, which wraps itself up in the shape of a vase, a perfect synthesis of executional technique and audacious artistic genius. An object, which is still produced and symbolically represents the rebirth of Murano artistic glassmaking. About 300 original pieces are shown in the exhibition space, which was designed and restored by the famous New York architect Annabelle Selldorf and her study. In addition to this, you can admire precious drawings from the Venini archive and the curious notes describing the technical execution of the products, which were addressed to the glass blower masters (all rigorously in Venetian dialect). The blow up image of the glass maker master and collaborator Antonio Biasutto, which dominates one room is almost touching: it is a homage to all the qualified masters who were able to give shape and substance to the artist’s imagination.

If that were not enough, the exhibition provides a good opportunity to visit the wonderful Benedictine monastery on the island of San Giorgio and the Borges Labyrinth, which is located in the back of the Palladio cloister.