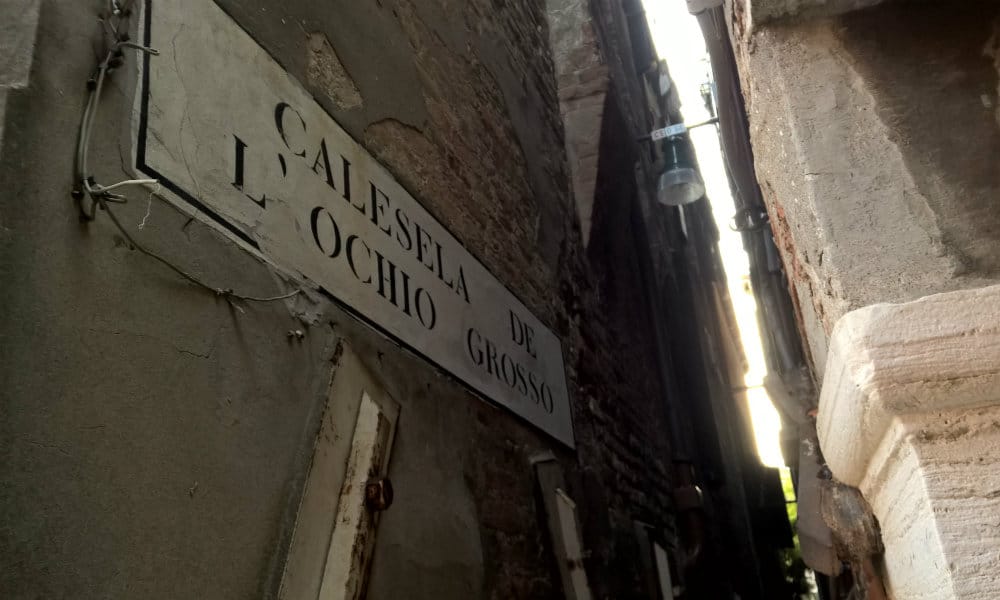 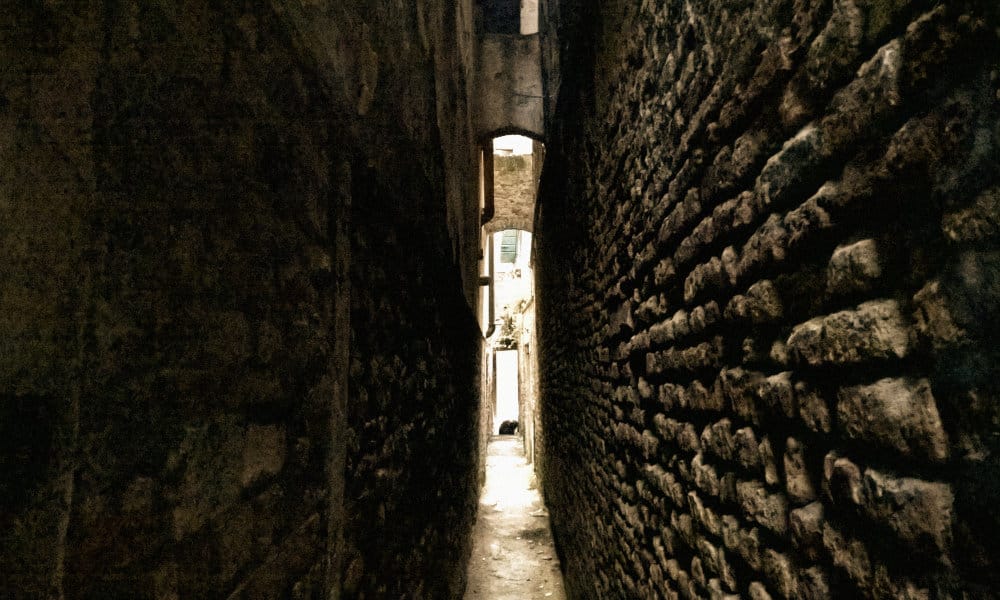 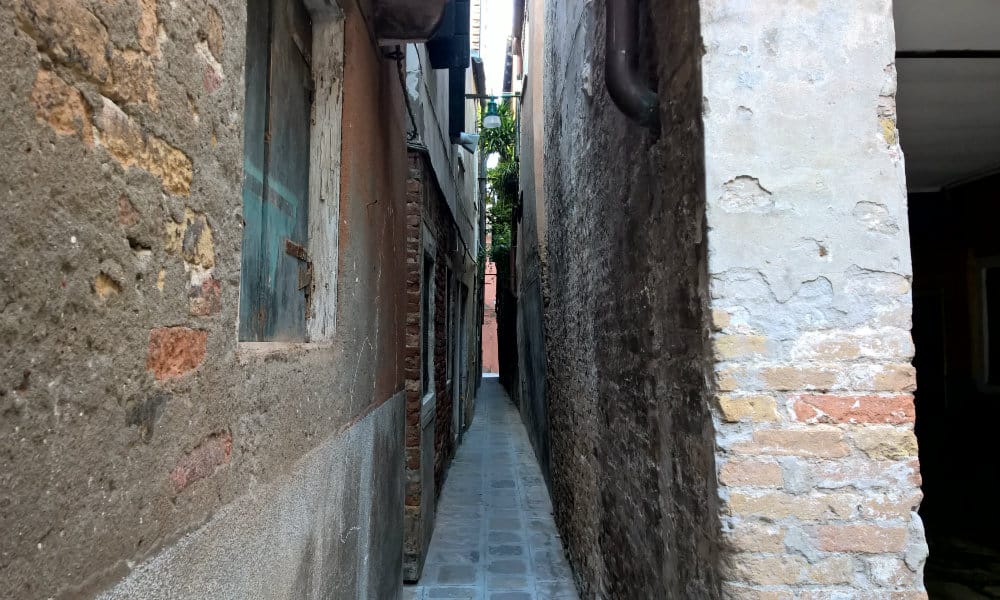 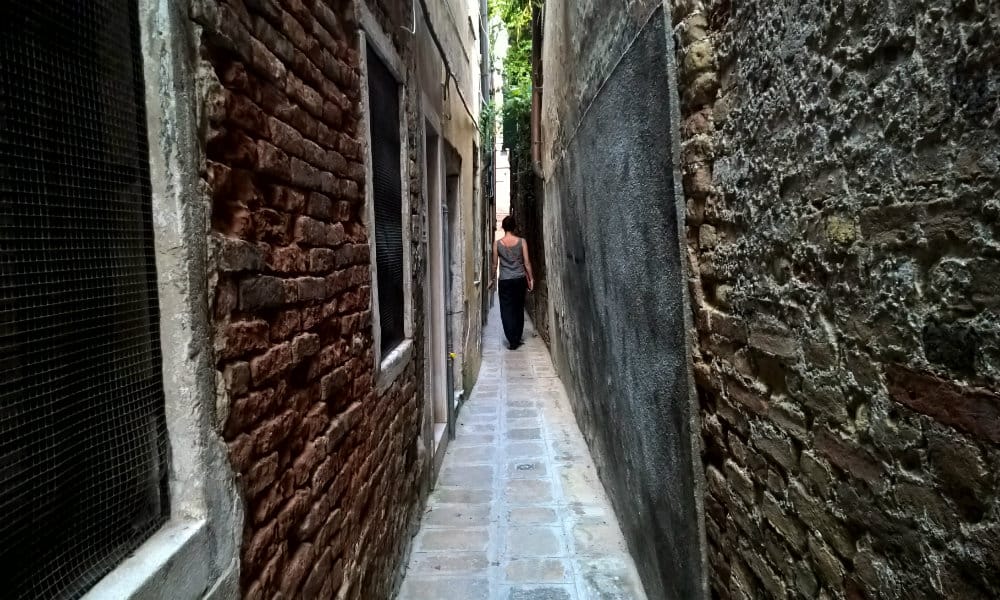 Our urban environment, which we usually perceive as something reassuring, sometimes presents us with some courageous choices to make, should we pass through or not. Should we face perhaps our atavistic fears, phobias, which live in our dreams or give up, because we are sure that anyway there is an alternative or better, a deviation?

Borges described Venice as a “jungle of stone”, and like any respectable jungle, Venice presents challenging passages, narrow and shady, and walks under threatening arches and “barbacani” (wooden or stone brackets supporting an overhanging first floor), which are poorly lit by the natural light that filters through the roofs. Unbelievably, these narrow alleys are often essential for pedestrian circulation in the city and they often make you retrace your steps to “give way” to other pedestrians.

Try to cross the very end of Calle or Calletta Varisco, near Campo Widmann, in the neighbourhood of Cannaregio! It is universally recognised as the narrowest calle in Venice (only 53 cm between the two buildings) and it so narrow that it does not appear in some city maps. Go past the Doric column at the beginning of the calle, continue to walk to the middle of it and then look up towards the sky, you will feel completely swallowed up by the buildings delimiting the street.

In a city where there are thousands of streets, about a hundred are not even one metre wide and we, from Inside Venice, are sure that somewhere there is your “calle stretta” waiting for you to be discovered.